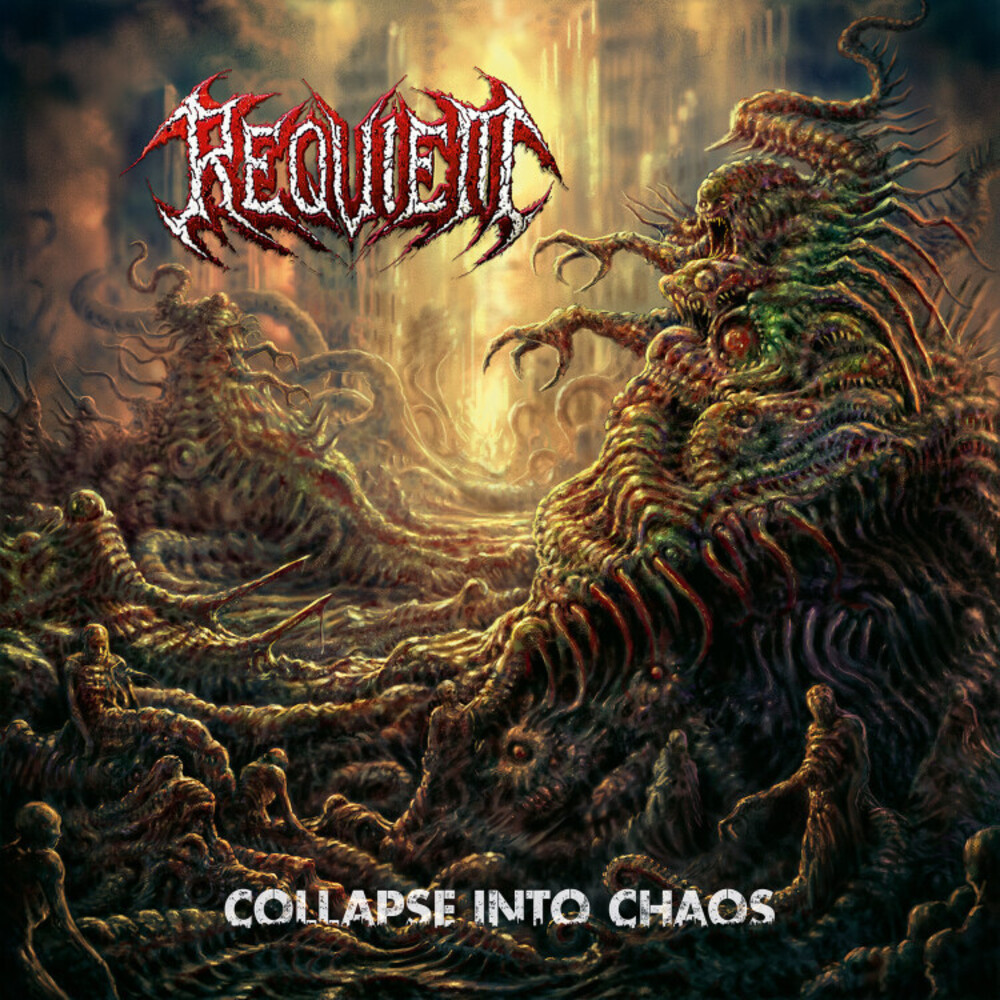 Since 1997, or for roughly 25 years, Requiem is a constant, reliable underground death metal force known for their relentless, authentic, and classic approach in relation to their music and outspoken lyrics. Having spent countless hours together on European tours with bands like Dismember, Vader, Belphegor and Vital Remains, amongst many others, and festival shows with all the other well-known names, Requiem know exactly who they are without leaving anything to chance. Their new and 8th album "Collapse Into Chaos" follows their very own way of fierce, blast-speed induced and unapologetic old-school death metal. "Collapse Into Chaos" is a sonic reflection of the current, past and hypothetical future state of this world, the decreasing worth of a human life, the ever-changing biased use of media outlets and the inevitable approach towards the brink of extinction with distinct and precise song titles like "Mind Rape", "Ivory Morals", "Mankind Never Learns", "Fade Into Emptiness" and "Only Empty Words Remain" to name just a few. The new songs follow the path of their previous releases but with an immense serenity, ease, and vast songwriting experience of this long running veteran band. After a full year of being busy writing new tracks, spending days and weeks working out meticulous arrangements and creating a lot of additional important song details, the new 12-track effort is due out this summer via Massacre Records. The final mixing and mastering were done by renowned sound engineer V. O. Pulver after recording past albums in different studios like Andy Classen's Stage One Studio or Iguana Studio near Freiburg, Germany. While the methods of creating music and lyrics may have remained the same over the course of the last albums, something is different about Requiem this time around: Everything was very focused and the band members worked closer together than ever before, which bears proof to the fact that Requiem's members know each other since several decades and therefore established a special familiarity with their personal creative strengths. Even though they usually never spent time saying or praising personal thoughts about their own music, Requiem states this time: "We are all very pleased with the outcome. Be prepared for a very brutal surprise - for we definitely consider this new album our current pinnacle in the band's history. As always, no compromises were made. No trends - no bullshit. "
back to top