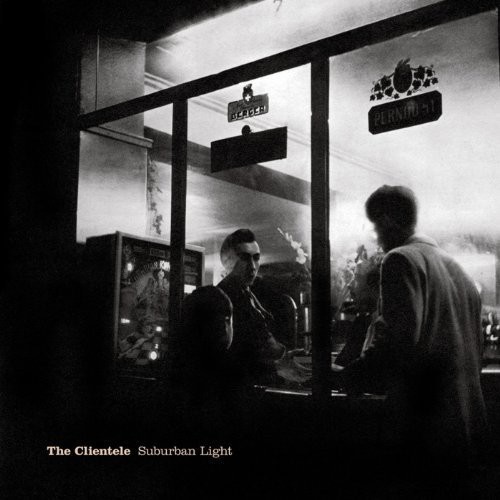 Suburban LightĀ was meant to be a complicated, high-production affair rendered in a major studio. From 1997 until 2000,Ā The ClienteleĀ had released a sterling string of 7" singles on several labels-Pointy and Fierce Panda, Elefant and Johnny Kane. These songs were demos, preparations for the smash they knew they'd doubtlessly make. When it finally came time to record that debut, the four post-graduate friends entered expensive studios during off hours. Instead of finding their sound, though, they only found frustration. They went, then, with the demos, relatively primitive but especially intimate recordings they made wherever they lived and whenever they wanted. Perhaps that was all for the best: Though The Clientele would later add more flourishes and finesse to their records,Ā Suburban LightĀ establishes the unwavering, minimal core of the band. MacLean's marriage of grace and tension on the guitar ripples throughout "Lacewings," a brilliant reverie of chemicals and romance and young-adult lassitude. Drummer Howard Monk and bassist James Hornsey conduct a minor miracle of text painting during "Joseph Cornell," capturing MacLean's lyrics about evaporating happiness with a rhythm section that sits somewhere between rock bustle and blues languidness.