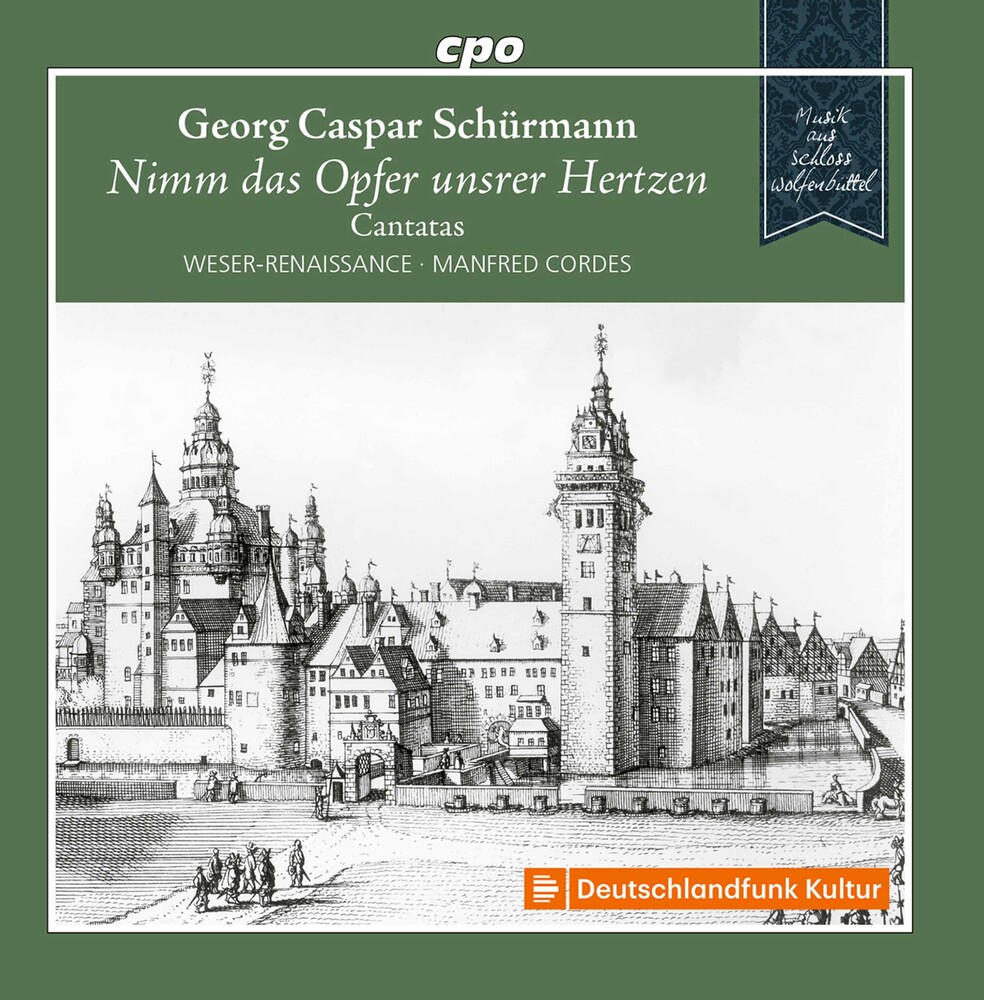 The fifth concert in our series of "Music from WolfenbĂĽttel Castle" features performances and recordings of multifaceted cantatas by Georg Caspar SchĂĽrmann. Like no other musician before him, SchĂĽrmann exercised a comprehensive influence on the WolfenbĂĽttel court music world during his more than fifty years of service there. During these decades he produced an impressively extensive and richly varied oeuvre: almost thirty operas, numerous table compositions, a Passion, and various church cantatas for large ensembles are documented. In his Christmas cantata "Siehe, eine Jungfrau ist schwanger" we experience SchĂĽrmann as a composer of gripping ensemble compositions with finely chiseled fugue subjects. For many years the anonymous New Year's cantata "Nimm das Opfer unsrer Hertzen" was also ascribed to SchĂĽrmann. Although Georg Ă–sterreich is now assumed to have been it's composer, the opening aria in particular with it's highly effective postponement of the resolution of dissonances displays a clear stylistic closeness to SchĂĽrmann's opera arias from this time.
back to top