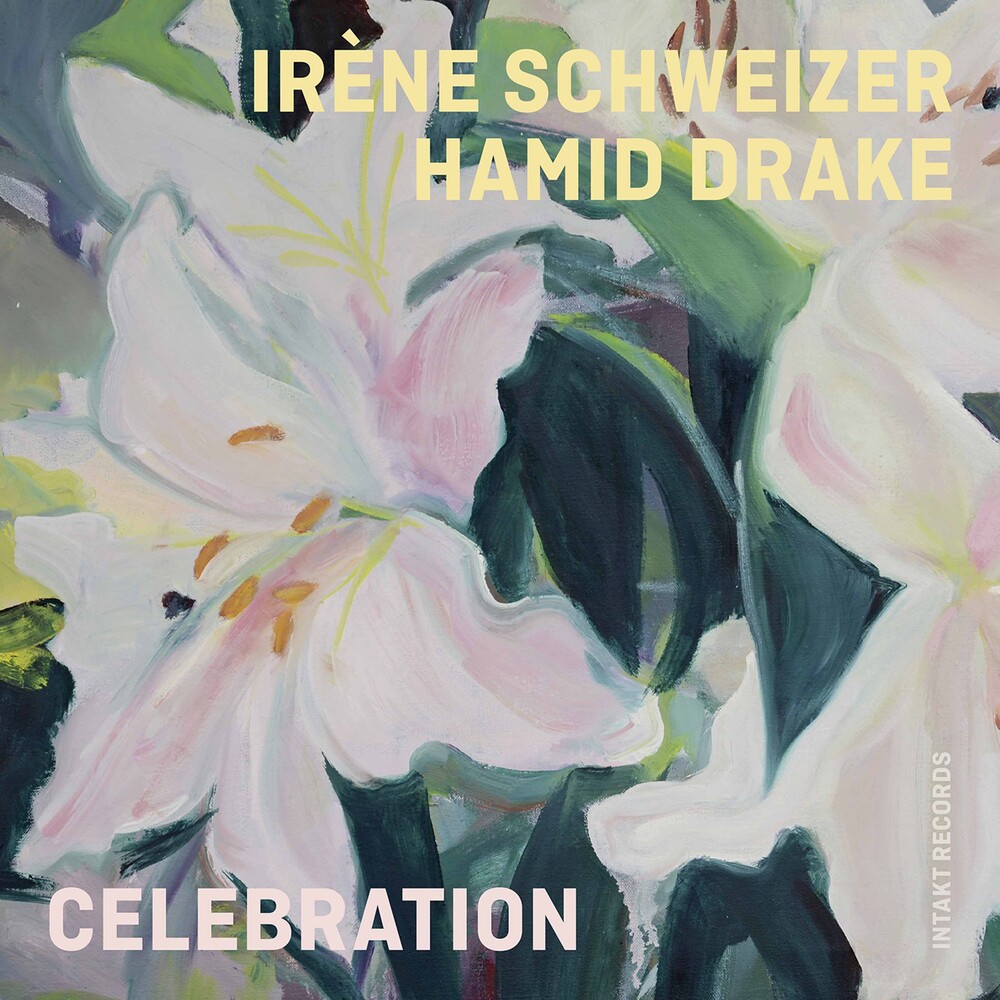 Piano-Drums Duos are the preferred playing arrangement of pianist IrĆØne Schweizer. Her mastery of duets with important drummers of contemporary jazz are documented on numerous Intakt CDs. Han Bennink, Pierre Favre, Louis Moholo, Gu"nter Baby Sommer, Andrew Cyrille and Joey Baron among them. The Chicago drummer Hamid Drake, born in 1955, and IrĆØne Schweizer, born in 1941, have performed together on numerous occasions both in Europe and Chicago. Together they have appeared on the Intakt CD "IrĆØne Schweizer-Fred Anderson-Hamid Drake". At the 40th anniversary festival "Kontrontationen in Nickelsdorf" (Austria), Schweizer and Drake were the highlight of the event. A celebration of the moment and a declaration of love to South African songs along with their thrilling energy and rhythmic lightness produced a firework of improvisation. A parade of successful interplay. The CD Celebration is released on the occasion of IrĆØne Schweizer's 80th birthday (2. Juni), accompanied by a catalogue of the pianist's works on Intakt Records.