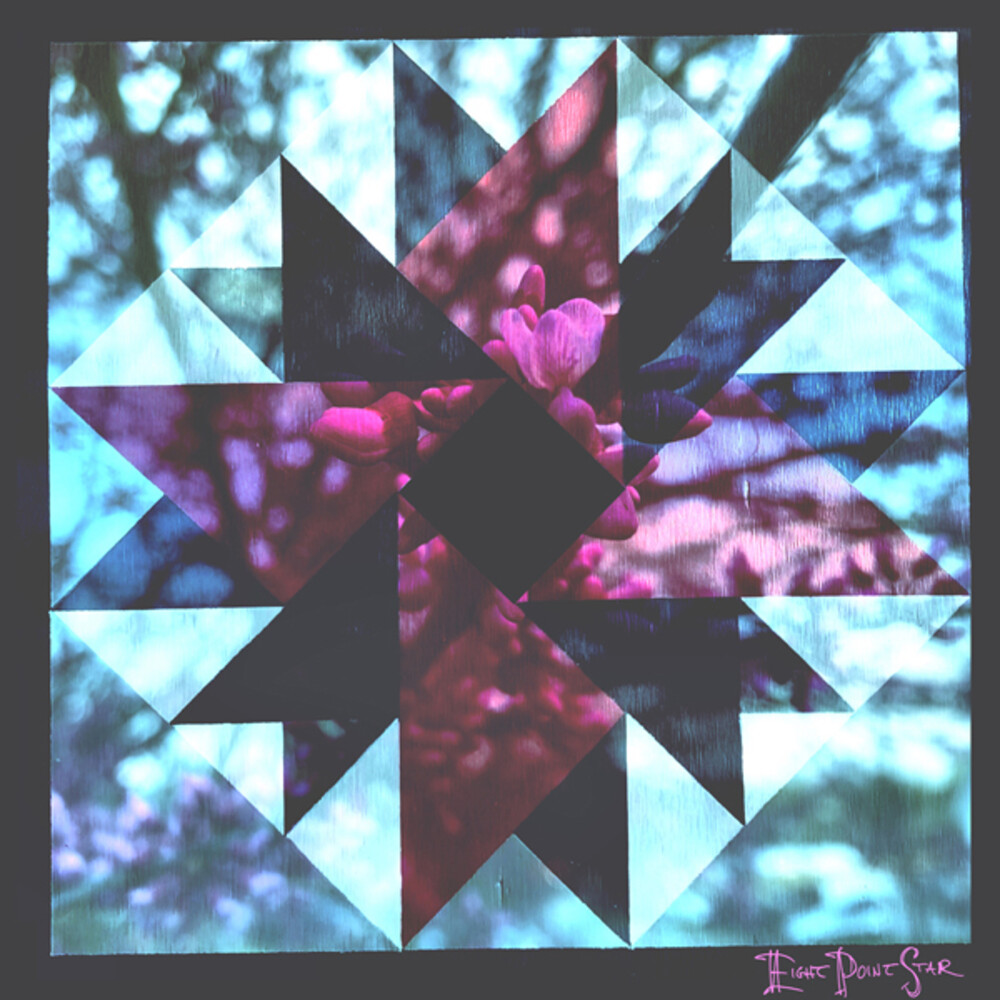 Remarkable debut album by new Cosmic-Appalachian string band, birthed from the same Virginia firmament that has brought forth Pelt, Jack Rose, Black Twig Pickers, and Spiral Joy Band. Led by Mike Gangloff's droning fiddle and Matt Peyton's fingerpicked guitar, Eight Point Star mines the modal traditions of both old-time Appalachia and far-out drone music to produce beautiful tunes that are equal parts memorable and psychedelic. Side A starts with the gentle guitar and fiddle duet of "Winchester's Dream" before segueing into the loping "Waiting on the Band," where the subliminal pulse of Tim Thornton's upright bass animates the music until the lengthy lock-groove repetition of "The Interloper." Closing the side, "Flowerthrower" and "Mount-Calvary Peacock" have a vibe reminiscent of Popol Vuh's mid-'70s masterpieces, combining sawing fiddle and melodic guitar with simple and haunting chord structures. Side B is bookended by two country-blues influenced numbers, with Peyton's boisterous vocal and guitar and Isak Howell's harp leading the upbeat "Brand New Shirt" and the elegiac "Weeping Cherry Cry." In between the two vocal features are a segued mini-epic of moods, including an expanded group lineup collapsing midway through "A Water Panther Speaks" into an eerie soundscape of singing bowls and distant gong sounds as dark as the night in remotest Virginia.
back to top