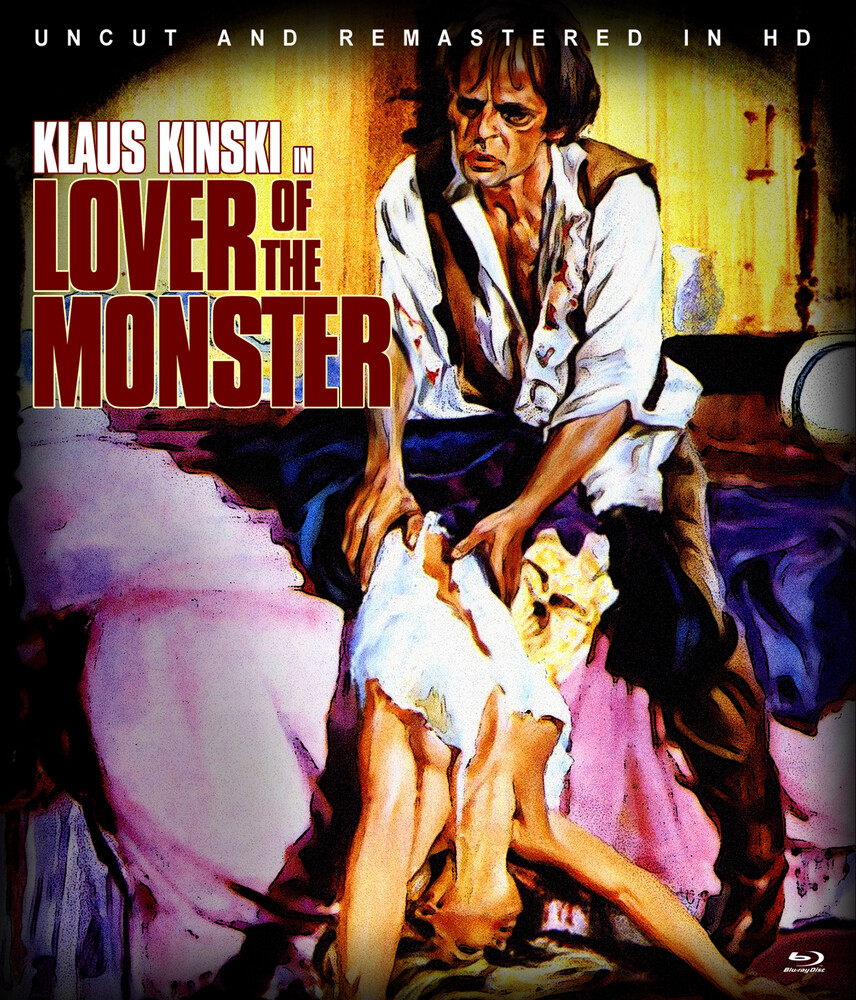 Lover Of The Monster
Format:
New: Not in stock
Wish

THE LONG LOST EUROSHOCKER - UNCUT AND REMASTERED! Legendary German actor Klaus Kinski (CRAWLSPACE, NOSFERATU: PHANTOM DER NACHT) stars as Dr. Alex Nijinksy, a troubled scientist who retires to his long suffering wife Anijeska's family castle in search of a fresh start. Already under pressure, Nijinsky's rage begins to boil when his lady starts spending time with her ex-boyfriend and, after he discovers a hidden laboratory in the castle belonging to his mad scientist father-in-law, he unleashes the living incarnation of his rage. Soon, Nijinksy is up to no good, sexually assaulting women and murdering them, all the while making his wife's life a living hell. Filmed back to back with writer/director Sergio Garrone's equally Gothic Italian/Turkish thriller THE HAND THAT FEEDS THE DEAD, LOVER OF THE MONSTER features much of the same cast and crew, including the gorgeous Katia Christine (RIOT IN A WOMEN'S PRISON) as well as having Kinski play a same-named (though totally different) mad scientist named Nijinsky. Filled with nudity, violence and general bad behavior, this stylish, sensual and rarely seen psycho-shocker is presented here for the FIRST TIME IN NORTH AMERICA in it's fully uncut form, remastered from the best available materials
back to top