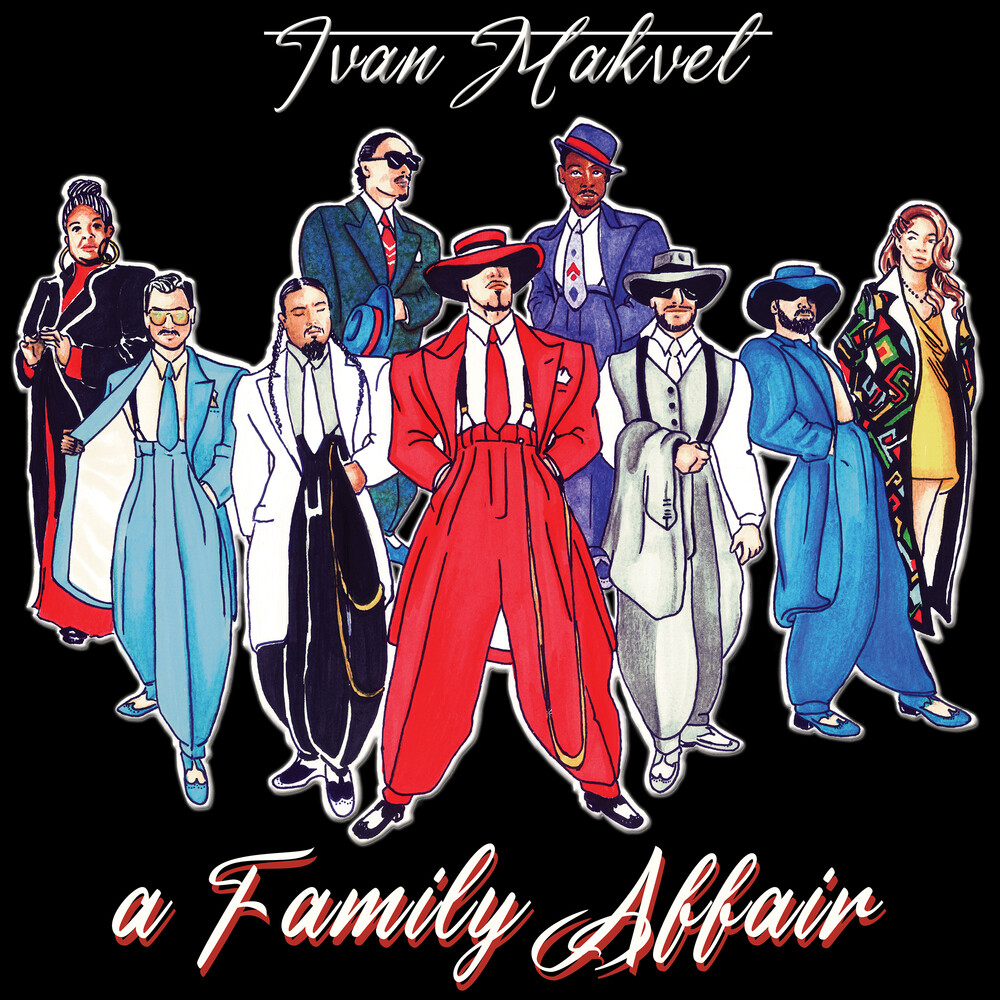 As the brains and the muscle behind The Sleepers Recordz, Ivan Makvel stays busy, having kept a steady stream of street dance-oriented releases flowing into the ears of modern funk connoisseurs internationally. Yet, the majority of these releases have come from other artists, with Makvel's own music taking a back seat while he forged a unique lane for his label. No longer, as he brings you his first full-length in years - A Family Affair. It's a fitting concept for an artist/producer/talkboxer who has put so much energy into the release of music by others. Many of those who can claim projects on The Sleepers join him, allowing this Family Affair to live up to it's name. Mofak blesses the album's title track, a thunderous p-funk inspired opener, while XL Middleton shows up on two songs, dropping raps on "Keep Movin" while alternating between singing and vocoder on the electro boogie cut "Show The Way." On "Get Down," Bougito shows up to share production duties over a funk track sure to become a staple among poppers and lowriders alike. Moniquea sings and raps on the decidedly-left coast "I'm Not Sayin Nothin," while Funkmaster Ozone brings electro vocoder sensibilities to a disco-tinged boogie track on "We Come To Jam." Temu offers his polished vocal style on one of the album's high points, "Essential Funk," a simultaneous nod to a pandemic-stricken world and a declaration that the party must still continue. Gil Masuda of Toronto's Love Touch Records is featured on the house-inflected "How You Make Me Feel," and fellow LTR artist Maya Killtron lends her unique vocal and violin one-two punch on "About You." Ivan only ventures out fully solo for two songs on the album, "Wild" and the previously-released "I Got Funk" - A move to be expected from an album designed to bring an entire funk family together.