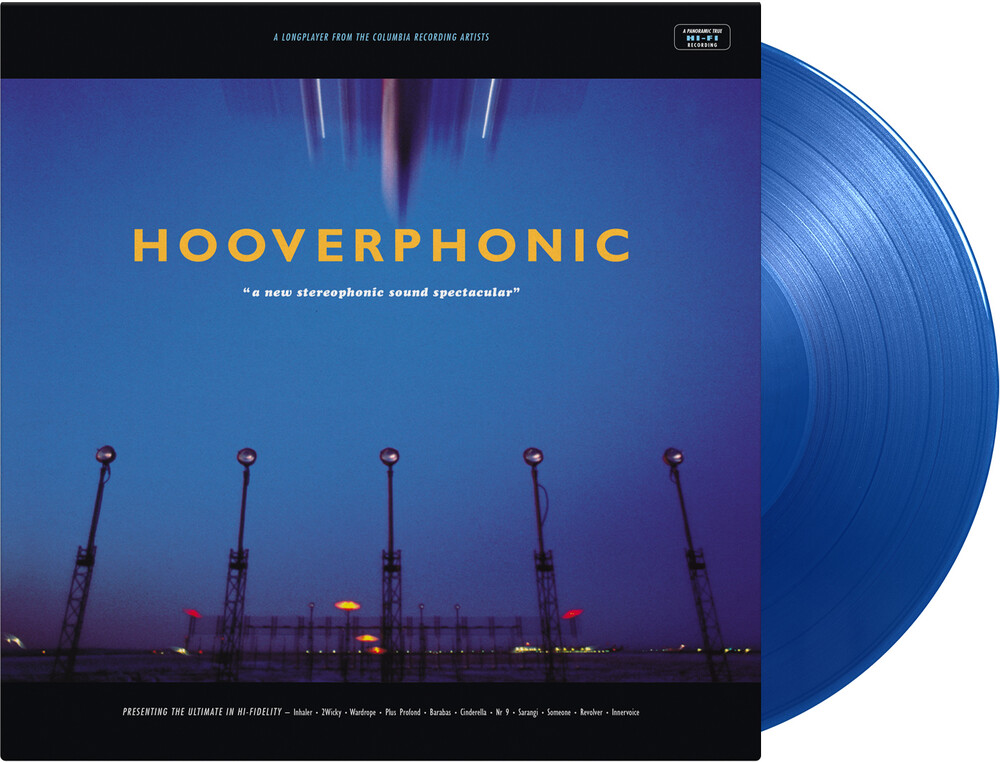 When A New Stereophonic Sound Spectacular with singer Liesje Sardonius was originally released in 1996, Hoover ran into a bit of legal trouble with the famous vacuum company and had to change their moniker to Hooverphonic. Luckily, it didn't have any effect on their success. In fact, it could be said that the dreamily experimental symphonic pop of Hooverphonic is one of Belgium's most important exports in the musical field. The album was a critical and commercial success. The hit single '2Wicky' has appeared in numerous movies, including I Know What You Did Last Summer, Stealing Beauty and The Interview and during an episode of CSI, giving the band a lot of international exposure. This is a limited 25th anniversary edition of 1500 numbered copies on transparent blue vinyl. Included are a printed innersleeve plus an insert with the Hooverphonic catalogue and upcoming remix EPs on Music On Vinyl.